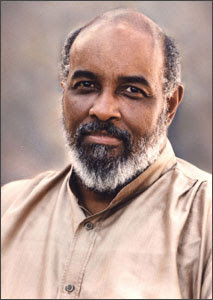 There was a time, during my young years, when I'd drive to Portland and back just to hear James DePreist and the Oregon Symphony. Those concerts must have quickened my pulse, for on the way home, I'd hear the distant siren and get pulled over for speeding. This evening, I didn't have to drive far to hear Maestro DePreist. He's in town as a guest conductor for Seattle Symphony. DePreist's presence provides a stark contrast to the usual. The maestro drives onto the stage in his power chair, greets his audience with a benevolent smile, then whirls the chair around to face his colleagues. To the accompaniment of a soft hum from the machine, the chair lifts to the level of music stand and score. The audience remains noticeably quiet; intrigued. He then proceeds to lead the ensemble with specific gestures and minimal fuss, deflecting the attention away from himself onto the players. It's a pleasure to watch a conductor who doesn't look as if he's about to sprout wings and fly away. DePreist's relaxed and inspiring approach induces the musicians, even the most glum, to play with heartfelt joy.

The program opened with Smetana's Overture to The Bartered Bride. Despite tempo discrepancies and some scrambled playing between the first and second violins during entrances (most likely caused by the two sections positioned at opposite sides on stage which makes for difficult hearing in that hall) the performance was spirited.

After the overture, the audience waited with eager anticipation for the appearance of Joshua Roman, former Principal Cellist of Seattle Symphony, featuring a world premiere of David Stock's Cello Concerto. The work was composed in 2001 to fulfill a commission from the Pittsburgh Symphony and the famed Norwegian cellist, Truls Mørk, but for some reason, the scheduled performance didn't take place.

The opening bars of the first movement evoke a futuristic Sci-Fi character, with an Outer Limit-like quality. Mr. Stock's composition makes full use of a large wind and percussion section. The movement ends with a lonely exchange between cello and timpani. Roman performed the concerto as if he owned the piece. He displays a full-bodied, pure tone in each register of the cello with crystalline intonation and sophisticated musicality. The second and third movements are bridged by an extensive, awe-inspiring cadenza which makes full use of the palette of colors and virtuoso tricks Roman has up his sleeves. The charming third movement jolts the listener to Eastern Europe by incorporating melodies and chants from Jewish liturgy. I had a flashback of Tevye singing the blessings by candlelight to his children in Fiddler on the Roof.

It's no small loss for Seattle Symphony that Joshua Roman chose to depart from the orchestra as Principal Cellist. I'll bet his letter of resignation was a tragic moment for the local organization, but I'm glad he keeps one foot in Seattle with his Town Hall Series while maintaining residence in New York City. The cello section looked and sounded inspired by Roman's performance; his colleagues listened with obvious delight and respect as he performed the Sarabande from the G Major Suite by J.S.Bach as an encore.

Rachmaninov Symphonic Dances Op. 45 concluded the evening with the musicians appearing engaged and responsive. I could sense a joie-de-vive throughout the orchestra which has been, at least of late, missing. Most notable were the alto-sax solo in the first movement, and a ravishing violin solo performed by Elisa Barston. As if viewing a black and white film, tonight's Seattle Symphony concert was a study in contrasts from the routine; even the Banaroya parking garage was full.
in photo: James DePreist
Person Joshua Roman
Right click for SmartMenu shortcuts
Posted by kransberg-talvi at 10:47 PM