A couple of months ago, I placed on hold at the library Bruce Bueno de Mesquita's latest book, "The Predictioneer's Game: Using the Logic of Brazen Self-Interest to See and Shape the Future." After waiting for a couple of months, and not making my way high enough on the reserve list, I became impatient and purchased it on my Kindle. Not that a Kindle edition can ever replace an old-fashioned book, as far as I'm concerned. I'm one of those readers that delights in stroking pages, lifting the book close to my nose, and sniffing the insides. If it's a library edition, I like to imagine my brothers and sisters traveling on a similar journey inside the author's head.

While reading "The Predictioneer's Game", I'm wrestling with de Mesquita, the political science professor at New York University and a fellow at the Hoover Institution of Stanford. His book doesn't go down easy. I would rather believe in the altruism of mankind, and that loving kindness prevails. When I'm finished with this book, I'll return to my comforting friends:  Frankl, Ruskin and Proust. But I know that de Mesquita's claim that "every leader's top priority is to stay in power for as long as possible" has merit, so I'll give him a chance. It is tough to begin to analyze people's motives in such a cold, selfish manner. Game theory, the label which the author uses to forecast future events, posits that people do what they believe is in their best interest by paying attention to how other prospective supporters and opponents react at all times. Political survival is crucial in determining human nature, and you can use the formula to grasp motives behind every move. Life is but a game of strategy.

That might help to explain the negotiating tactics that I've been following in the recent press with regard to symphony orchestras and their internal divides in the face of economic uncertainty. Certainly, in the local arena, a "leader" on his way out the door will not have the same inclination to support and reward his workers, and in fact, may use a punitive approach for his loss of power and clout. The incentives to help an ailing arts group may disappear with his title. The what's in it for me effect is palpable.

Conversely, orchestra musicians threatening a decline in musical standard as commensurate with salary, is well, in my opinion an empty threat. As the Wall Street Journal points out in "Too Big to Succeed" orchestras in the United States face an all time low both in terms of audience demand and in philanthropic support. There are so many talented and skilled instrumentalists willing to jump onto the band wagon, with their own self-interests, that I call these grumpy, over-salaried orchestra musicians bluff. They are fortunate to hold exorbitantly high salaried positions. Are the players acting out of self interest? Yes. Do they honestly value their work as a means to enrich the community? No. If this were not the case, a note played at lower compensation would be performed with as much effort and care as a musical note priced higher, and with as much pride in the goal of deliverance of beautiful music to the public.

And what about music critics being paid to offer slanted reviews? Just the other day, while glancing at a classical music web site, I caught a blatant appeal for readers to subscribe to the arts organizations that were promoted on the web site in order for the critic to promote those artists by way of their advertising funds. It's a good thing we don't have a system in place where physicians can be paid by detractors to extinguish lives. At least, I don't think we do.

I would like to believe that Bruce Bueno de Mesquita is overly pessimistic in his conviction of  base, human character. He's lumped Mother Theresa in with all the rest of the self-serving leaders and political players, which I find unsettling. She may have done nice things, writes de Mesquita, but she was really seeking fame and reward for herself, either in this life or the next.

But I'm still listening. Truth is, personnel managers and contractors of orchestras can be bought off easily if they feel their jobs might be jeopardized. Does game theory really hold? Can we use this as a tool to forecast the future, even in the arts?

Cronies will do whatever it takes to keep the boss in power. They will oppress their fellow citizens, they'll silence a free press and punish protesters. They will torture, maim and murder to protect the incumbent as long as the incumbent delivers enough goodies to them.

What do you think?

Posted by kransberg-talvi at 12:31 PM No comments: 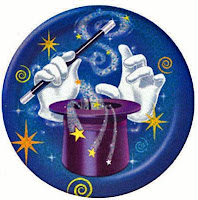 This morning it occurred to me that perhaps I should establish a support group for disappeared and disillusioned musicians. The way I see it, there will be plenty of classical artists in need of such therapy. As a teacher, I can't help but feel concern for the many youngsters hoping to establish their careers in music. Yet many "mentors" avoid discussing the inevitable, and allow their students to chase unrealistic dreams, perhaps for selfish motives. The truth is that supply has surpassed demand in our industry, and classical musicians, as a species, are endangered.
Some comments from a recent Seattle Times article regarding the threat of an orchestra strike might prove illuminating:
Music Lover, if I have to choose between a toilet that flushes and an evening at the symphony, I'm definitely going to be on the phone with the plumber. And rest assured, a non-functioning toilet will definitely "heighten your senses" if not attended to in a timely manner.
I've observed when I go to the symphony that its rare to see anyone under the age of 50.


You want to be paid what you are "worth" but you don't want to earn it. You just want people to donate to you.
I'd love to see more unemployed musicians. There's such a shortage.


Yeah, go ahead and strike. It's not like the citizens of Seattle can't do without a few violinists and cellists for the next several months. These are not exactly critical services they're providing. We're in a recession folks, with an unemployment figure of 10%. Get a clue.

They are lucky they have jobs. Quit your bitching and play your damn cello.

About a year after the Northwest Chamber Orchestra filed under Chapter 7, a violinist friend of mine had the idea of hosting a coming out party for the creation and announcement of our new selves. She proposed that since few audience and Board members had appreciated or comprehended what we, the artists, had sacrificed for our chamber orchestra which lasted for over thirty years, it was time for all of us to put the past behind us, and to forge ahead with new aspirations and goals. We'd celebrate together.
The party was fantastic. Some colleagues chose to dress in disguise, to help get in touch with their untapped, inner selves. One cellist showed up as Cleopatra. Anyway, the hostess of this celebration composed an extensive guest list which included many of the souls who had helped mold the NWCO: Louis Richmond, Alun Francis, Heiichiro Ohyama, Sidney Harth, Adam Stern, Joseph Silverstein and Ralf Gothoni, to name a few, but none were available for the occasion. (The destroyers were not invited to our wake, I mean, party).
At the end of the evening, we sat in a circle by candlelight. The purpose was to define and state aloud our future goals and mutually recognize each person's potential. "I'll be a teacher," said one individual, who had decided to return to school for the necessary credentials. "But my expectations will have to be lower when it comes to music. Kids don't get it nowadays." Another player reluctantly gave herself permission to become a full-time housewife with nothing more to deal with than cleaning and cooking. "It's okay, don't you think?" She looked askance. "I never really had time for that stuff. Besides, now I won't have to worry about being protective of my hands."
The husband of a violinist talked about how much more difficult and exacting playing the violin seemed than baseball. Yet, one couldn't make nearly as much money playing the fiddle as a professional pitcher or hitter, or whatever it's called.
Then it was my turn to speak up within the circle.

"A writer," I said, glancing around the room at my colleagues turned characters. At that magic moment, as I witnessed our decline, it dawned on me that I'd have more than enough material.
Posted by kransberg-talvi at 9:30 PM No comments: