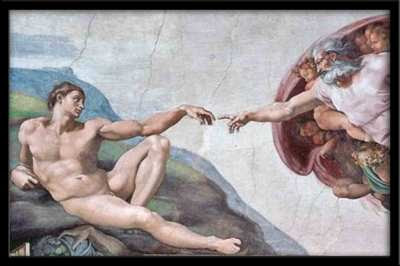 As I took my walk this morning to Discovery Park, I carried with me in my backpack two inspiring articles about musical conductors. The first article, "A Conductor Whose Worship Stands Apart" by The New York Times reporter, Daniel J. Wakin practically induced me to tears. In contrast to the much publicized inhumane spirit of Seattle's musical scene, Manfred Honeck, the music director of the Pittsburgh Symphony shares his deeply personal view with Mr. Wakin of the role spirituality plays in his work with orchestras. "It's a guide," he said of his religious conviction. "I'm an instrument, to make music better, to make my profession more honest. It allows me to be very deep in my soul. Therefore, the music probably comes very deep from that area of my soul." Honeck admitted that he, at one time, had flirted with the priesthood but found his way to the orchestra podium instead.

In an era when so many orchestral conductors and performing artists worship themselves, I find Mr. Honeck's words soothing. I've often felt that an orchestra reflects the music director's soul. I'm grateful to know that our former student, Irene Cheng, is now part of the Pittsburgh Symphony family. My sentiments of tenderness also arose from the sad news that Teresa Harth, longtime violinist with several orchestras, including Pittsburgh, and wife of famed conductor and violinist Sidney Harth, passed away a few days ago. The memories of concerts with Sidney Harth and Northwest Chamber Orchestra bubbled to the surface of my mind, and I became nostalgic.

Later, while sitting by the rocks at South Beach trail to gaze at the water, I reached into my bag for an article  "A Conductor Does Not Need Hair."  Die Welt features an interview with Christophe Eschenbach exploring his perspectives on flight, difficult childhood, and his departure from the U.S.A.

Eschenbach, born in 1940 in Breslau, Germany (now Poland) was orphaned during World War II. His mother died while giving birth to him, and his father was sent to the war front and killed. As a result of the childhood trauma, Eschenbach lost his ability to speak for almost a year. After the war, while living with his foster mother who was a pianist, she asked Christoph if he wanted to play music. His foster mother had observed how the child "listened, listened and listened to her play." Studying music was, for Eschenbach, a lifeline. "Music was my recovery," he explains.

I was mesmerized while watching and listening to Eschenbach conduct Mahler in the documentary film "A Wayfarer's Journey". At the very least, this should help to dispel the theory that a conductor requires big hair in order to cast a spell over musicians and audience. (Eschenbach is bald; I mean, Ken Wilbur type bald). He tells Die Welt: "My image, you know, had never really been built up on hair." As for his exit as chief conductor with Philadelphia Orchestra: "I'm glad that I'm away from there. The (mis)management pretended that the orchestra did not like me. It was a lie."

And, as I continued on my walk around the magical paths of Discovery Park, absorbed in contemplation, I remembered the sense of spirituality and guidance I experienced during concerts, rehearsals and discussions with the miracle that is pianist and conductor Ralf Gothoni, and I felt at peace.
Posted by kransberg-talvi at 2:54 PM No comments:

One of the inevitable tasks of being a teacher is that ultimately, we must let go. At the conclusion of this school year, I will be saying farewell to a few seniors, after many years of collaboration. Hopefully, my students will have learned as much from me as I have learned from them. It is not only violin technique and musicianship that I explore with my students. Our collaboration goes much deeper than that, perhaps into the realm of  personal transformation. Many parents and colleagues have expressed a reverence for their instrumental teachers that transcends any other educational experience. An accomplished cellist friend of mine, Michael Zachary, who happens also to be an attorney and plays with Rainier Symphony, has shared that the wisdom transmitted from his former cello teacher remains unparalleled to this day.

Occasionally, the time with a student is cut too short, perhaps due to a family's need to relocate for employment purposes. Such is the case for me with one immensely talented student, a twelve-year-old whose artistry, I'm convinced, is genetically encoded from ancestral roots in Odessa, Ukraine, a part of the world that produced some of the greatest writers, poets, actors and musicians.

On top of my messy desk, next to my laptop, rests the "Collected Stories" of Isaak Babel (1894-1941). I have read one of the stories, "Awakening" several times, for the theme of a parent imposing his fantasies on a child strikes an all-too-familiar chord with me. Babel, himself having studied the violin in his youth while growing up in Odessa,  tells the tale of a young violinist forced by his father to study with the fictional Professor Zagursky (most likely modeled after the famous pedagogue Piotr Stolyarsky who taught Nathan Milstein, David Oistrakh, and Leonid Kogan, among others). The young Jewish protagonist, though lacking in musical talent, is to be deemed a wunderkind like Mischa Elman, Efrem Zimbalist and Jascha Heifetz, in order to lift the family from dire poverty. The push from his father and fame frenzied teacher to succeed backfires, however, and eventually the young violinist casts his violin into the sea. But all is not lost as our protagonist awakens to a love for literature and becomes, eventually, a writer acquiring fame on his own terms.

"When a boy was four or five, his mother took the tiny, puny creature to Mr. Zagursky. Zagursky ran a Wunderkind factory, a factory of Jewish dwarfs in lace collars and patent-leather shoes---Zagursky gave them a first push in the right direction, and then the children were sent to Professor Auer in St. Petersburg."

I find Babel's tale holds much relevance for me as I continue to work with young students and counsel their parents. The ways of learning are manifold, and as I, too, have sort of awakened, I feel as if I have tapped into an ability to problem solve. As I teach, I'm guided by an instinct, or intuition, a sort of psychic connection rather than an exact method. I check for signs from my young students that their music is inspired by a desire to express themselves, a respect for artistry, and that it is based on their own dreams, not just those of their parents. And with the time that we will have shared together, my task as a teacher will be accomplished.
Posted by kransberg-talvi at 12:18 PM No comments:

It's interesting how dreams unlock the prison which is our mind. Often, in my sleep, I step back into the past and play beautiful concerts for appreciative audiences. Sometimes, an apology emanates from the lips of a baton wielder who inflicted undue pain and suffering on my family, but I soon wake up and realize it's only a dream. This reminds me of an interview I heard when Christopher Reeves "Superman" spoke of the sadness he'd feel after awakening from dreams after his tragic accident. During dream state, not only could Reeves move his arms and legs, but he could soar through the skies as Superman. Sleep must have acted as a balm. But then, he'd awaken to reality; a quadriplegic with no hope of recovery.

Lately, I've awakened from dreams in which my car is going wildly in reverse. At dare-devil speed, there's nothing that can be done to stop my Eurovan, and I'm strapped to my seat. There's a dose of rationality here;  Ilkka, as a Finnish driver, tends to leave me white-knuckled in the passenger seat. But I think this recurring dream could be indicative of our lives in music, especially as I witness a reversing trend in the arts throughout this country.

Jean Godden wrote a thoughtful article which states that even in the best of times, the arts are strapped. As she points out, it's a struggle just to keep the stage lights on. With supporters and donors diminishing during economic hard times, and younger people less willing to subsidize for the "finer things in life", organizations will be forced to downsize their way into sustainability. We're experiencing a recalibration period, a gradual return to a responsible business model that, in the end, will hopefully become financially stable. I remember my former days in the Northwest Chamber Orchestra, an ensemble that was made to vanish a few years ago. From the moment I stepped in the door, each day was a fight for survival, with board members, management and players at loggerheads as to how to keep the group viable. One elderly board member, bless his heart, took out a second mortgage on his home to try and save the orchestra.

When Ilkka and I first moved to Seattle from Los Angeles in 1984, many of the local musicians were employed in areas outside of music. There were a couple of bass players that side-lined in carpentry, a violinist friend who delivered pizza, a cellist who worked for Boeing. In those days, the Seattle Symphony was not a guaranteed full time salary. If I remember correctly, there were A contracts and B contracts; left over vestiges of an era when not everyone was entitled to full membership, yet players were grateful to play. As I became acquainted with Seattle freelancers who eked out their paltry livings by piecing together an assortment of church gigs, wedding dates, and private teaching, I realized that well paying opportunities were going to be limited in the Pacific Northwest. Obviously, if Ilkka and I had preferred the material world, we would have remained in Los Angeles.

The orchestras on life support or listed as Do Not Resuscitate are growing longer each day in this area. Everett Symphony is the latest casualty. Bellevue Symphony, while paying its musicians minimum wage (a whopping $8 per hour) might consider a return to its former community orchestra status, as it was in its heyday.

As one might expect, arts organizations are playing it safe with programming, dumbing down to the lowest common denominator. Unlike our European counterparts who can venture into challenging new repertoire, less fearful of risk taking due to government subsidies, artists in this country have little chance of growing their skills. In America, box office and senior donors rule.