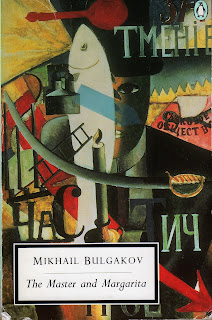 Not too many years ago, I sat with two of my dearest friends, Dianne and Mara, and enjoyed a couple glasses of wine. We were pondering life's mysteries; why bad things happen to good people, that sort of thing. Mara's husband, cellist David Tonkonogui had tragically died from an incurable blood disease at the young age of 44. Dianne, victimized by an abusive relationship and enduring litigation, was also grappling with her mom's age-related dementia. I sat there, legs crossed, sipping Merlot. "Well, nothing earth-shattering has ever come my way," I announced.
"Oh?"asked Dianne.
"Come to think of it, I haven't even suffered the death of a close family member other than a grandparent. And I couldn't ask for a more fulfilling career." I went on to enumerate the long list of concert engagements, including an East Coast tour with Seattle Symphony, and a guest appearance in Orange County with the phenomenal musical duo, Ralf Gothóni and Elina Vähälä.
Dianne looked at me, eyebrows raised. She seemed to slink deeper in her chair. Mara's dark eyes filled with tears. "Good, Margie," Mara said. "Hope it stays that way. Maybe you're blessed with good karma."

But I hadn't heard of Woland...

Months later, my husband lost his job as concertmaster for Seattle Symphony and Seattle Opera without so much as an explanation. My mother was killed by a car while stepping off a bus in Bothell, a few blocks from her home. Less than two years later, my sister Judy died. Colon cancer—runs in the family. My orchestra, the child of my musical creativity, Northwest Chamber Orchestra, went belly up. My father died after disinheriting his children, and my sister Karen ended her life.

Mara had recommended a book: The Master and Margarita by Mikhail Bulgakov, a perfect antidote. She told me that David had found it fascinating, revisiting the story during his illness. I read it, reread it, and carried the novel around with me everywhere, including the orchestra pit.
'Cowardice is the most terrible of vices' and 'manuscripts don't burn': two messages central to Bulgakov's masterpiece. Woland, the devil in disguise might be anywhere, not necessarily a force for evil, although I'd admit, the reader might be challenged to recognize him as an enabler, a catalyst for positive change.

Which brings me to my point. I'm more careful with my proclamations these days; Woland might be listening.
Posted by kransberg-talvi at 11:54 AM