I don't mind that a few bloggers lifted a paragraph from my recent post Musical Sandbox. Truth be told, I'm flattered. What better compliment for a wannabe writer? My topic might have resonated with a number of esteemed colleagues; I'm pleased to be plagiarized.

I also felt strangely amused when Seattle Symphony announced the appointment of four concertmasters, a year or so ago, though the deal collided with the terms of collective bargaining agreement. Here's my admission: In a telephone conversation to the conductor in 2004, I broached the subject of hiring more than one concertmaster, as a remedy. I believe the term in orchestra lingo is splitting the books. I offered this suggestion in a state of shock and awe, after receiving news, without prior knowledge, of the conductor's secret fantasy for new leadership.
Look at the European model. Multiple concertmasters are the rule rather than the exception, I said. I think I made a dent. 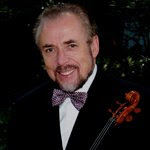 A dear friend sent me a link to Creation of a Dream. This heart-warming video offers a glimpse into the world of Emanuel Borok, concertmaster of Dallas Symphony Orchestra, and respected pedagogue. It's uplifting to hear Borok's philosophy about teaching and his role as concertmaster after so many years in the business. I remember Emanuel Borok from my childhood. He was the new kid on the block as Associate Concertmaster with Boston Symphony. After winning an opportunity to appear as soloist with BSO in 1976, I performed the last movement of the Paganini Concerto for a youth concert; Emanuel Borok sat first chair. I made the mistake of glancing up at the tiers in Symphony Hall during the brief tutti, and was struck by a panic attack so severe, I almost puked on stage. In that awe-inspiring majestic venue, I felt self-conscious and vulnerable. My knees turned to jelly and the bow ricocheted through the entire movement. But Borok, with a genuine smile and words of encouragement, kept me from falling to pieces afterwards.

I admired Borok then; I admire him now; a great master, mentor and mensch. Enjoy the video and share with friends.
Emanuel Borok, courtesy of Dallas Symphony
Posted by kransberg-talvi at 10:46 PM