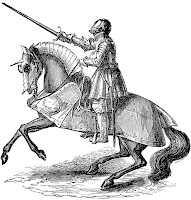 The diagnosis was a large tumor under the shoulder blade; an excruciating condition for any violinist. As concertmaster, perhaps he had been stabbed in the back too many times. His wife, also a violinist, suspected for a long while that her husband might lose his position, especially after the workplace was informed of the diagnosis and required surgery. The conductor's coolness, for one thing, elicited an air of detachment mixed with inner conflict; also, there were stares and whisperings among colleagues; you know, those little tell-tale signs. No one seemed concerned for the surgery or results. After learning of her husband's terminated contract, the wife, somewhat hysterical, phoned the conductor. His reply: We need to move forward. He'll want that too, I'm sure. Several long pauses. Give my love to your family.

Showing determination and courage, the concertmaster performed his final task at the workplace in the face of hostility, ridicule, and intense pain. The violin solos soared above the adversaries and battlefield with imperturbable dignity and strength. Richard Strauss himself might have recognized the pure Romantic style of those violin solos. From where did this strength arise?

The wife sat in the audience, defiant. She would speak to the conductor once more. How dare you, she would say. After the concert finished, she picked up her belongings and strode to the conductor's dressing room. By the way, it was not lost on her that the conductor's wife pretended not to see, not to know, not to hear. Hadn't they been on friendly terms for a good many years? By the time the concertmaster's wife found the conductor, she screamed (but quasi sotto voce) at the doorway: Why? Why? What more do you want? No answer, just a shrug from the conductor.
She added: He's in a different league, my husband, from all of you—and the door was shut like a slap in the face.

A few magic moments later, when the conductor emerged from his dressing room, it wasn't unnoticed that he gave a smile and nod to a female violinist, as if to say: Done deal. The concertmaster is out of the way now.